After nearly 1.5 years of tinkering, failing, and backing up to fix it, The Flying Plank RR has reached the stage of “mostly complete”.  Both the mountain line, and the outer line are running.  The upgrade to Kato Unitrack is done, and the wiring has been pretty much cleaned up.  As per normal, clicking on any of these images will open up the larger resolution version.  Now, on with the show…. 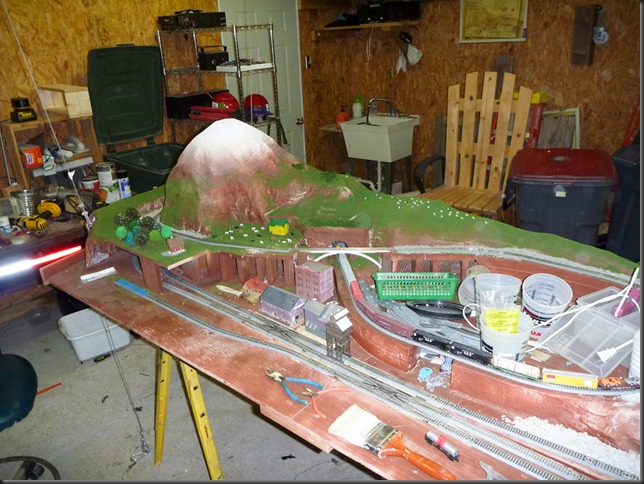 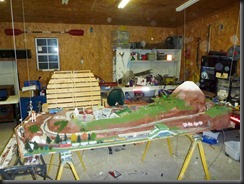 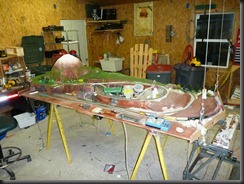 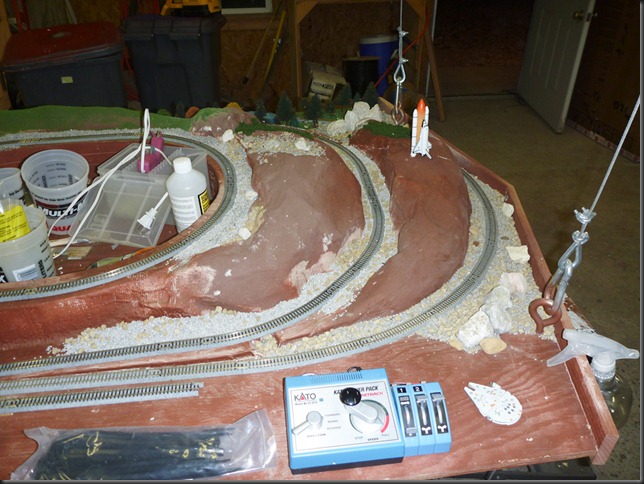 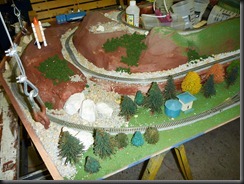 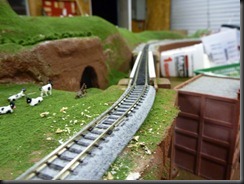 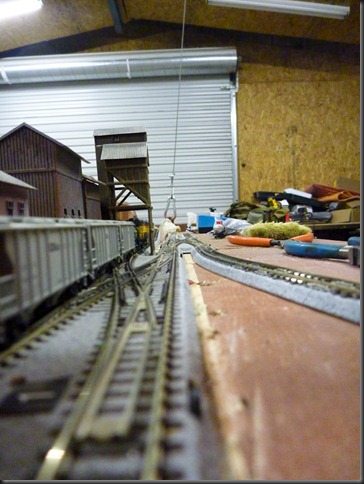 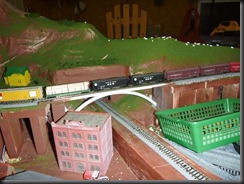 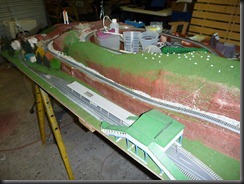 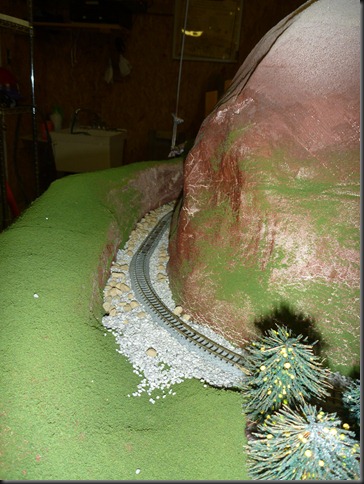 Throughout most of the layout, the Unitrack is not actually glued down.  It lies there so nicely and the power cables hang through holes drilled in the deck which keep it from sliding about more than a tiny bit.  There are power leads connected to the track every 2-3 feet, and the ones on the mountain line are powered Unijoiners, so they are completely re-useable.  The outer line has had red and black leads soldered onto the bottom of a track segment every couple of feet.  All that adds up to the fact that my whole layout could be dismantled and every single piece of track could be re-used on the next system.  Also, all the newer modular wiring would come off intact as well.  Someday when I want to go through the building process again, I wont have to re-invest in track or wiring.  Hooray!

The only section of track that is not Unitrack is the arched bridge.  That is a piece of code 80 Model Power flextrack.  I was lucky that the flex and snaptrack from the first buildup was all code 80, and so it was a clean match.  The balsa structure of the bridge is ever so slightly higher than the plastic base of the Unitrack, but a dab of hot glue under each Unitrack transition piece holds it in place nicely. 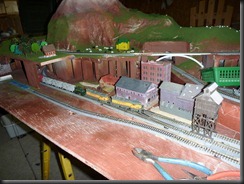 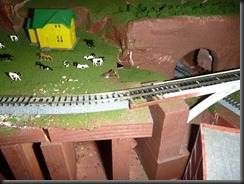 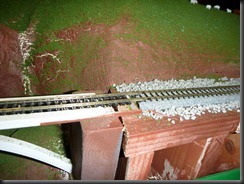 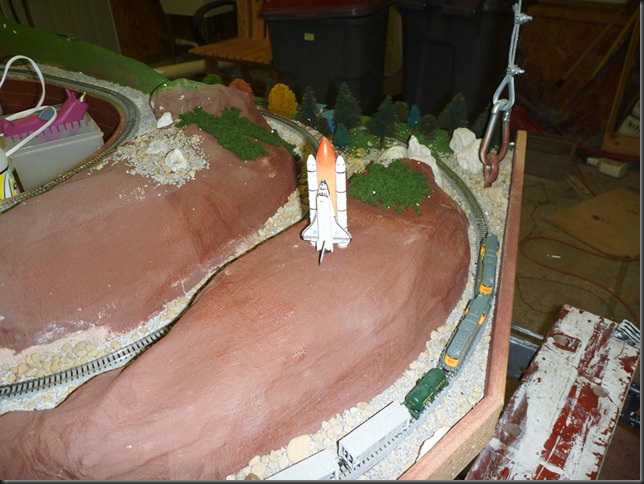 In a layout decorated with “boulders” from my driveway, Micro-Machines, and a Millenium Falcon, having a space shuttle on the hill seems completely appropriate.  One of my friends has suggested that I find a tiny little Godzilla toy and put him up the volcano.  An alternate idea is to run a power wire into the volcano and setup some flashing red and orange LED’s to simulate a pool of lava.

The small herd of cows and horses, and the flock of sheep on the ridge lead me to believe that a small livestock loading ramp would be a good thing to install.  There is room for it in the pasture.

You may also notice that rather than having a completely landscaped and scaled little kingdom, what I have done here is to suggest the overall scheme and have areas that look good on their own as the train moves through.  At least that’s a good excuse for having steel cables rising from the ground, and the wooden support structure hanging out here and there. 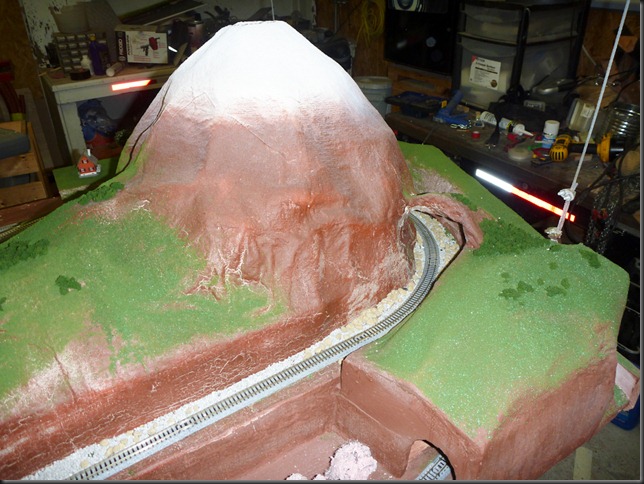 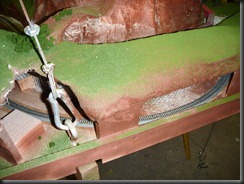 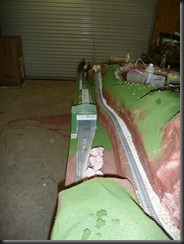 Upgrades that are on the radar:  1- Replacement trucks and couplers for my set of old timey passenger coaches.  They are Union Pacific coaches with the yellow paint scheme.  They will match up nicely with the U/P caboose and the U/P diesels to be the initial passenger service for this layout.  2- DCC (digital command & control) probably a Digitrax Zephyr. That particular unit lets me continue to operate one of my current locomotives at the same time as I run another train that has the digital upgrade.  3- Shinkansen, hopefully a jr-500 series.  The 500 series may not be the newest or the fastest of the bullet trains, but it looks cool!   4-  A switching yard added to the layout.  I left space for it on the main deck just below the little orchard. 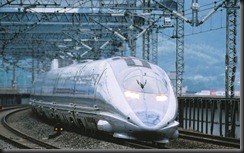